So, I dared to write a post about politics, but it was really about how we treat each other. I wonder how many people read it and realized that and how many just read my views and focused on those.

Not that I don’t do that too, we’re all kind of trained to react that way.

I watch a lot of YouTubers (what we call people who regularly post videos of themselves on YouTube) and all of them are more or less on the same page as me politically, at leas the ones whose views I’m vaguely aware of; but they also advocate just accepting that other people have different views and respecting them.
I don’t mind respecting it, but accepting it is another matter. As I have said in posts like “In Faith.” I believe we must stand for things we believe in. And as I have said elsewhere, I believe there is only one right answer. So far no one has a problem with me thinking so, not on line anyway, but I know people in my own life who do have a problem with it.

It’s an old idea that we all must covert everyone else to our beliefs, and some even go so far as to kill anyone who won’t convert, believing that is the right thing. We all can think of an example in the Modern Day; but that used to be the majority of religions way back B. C.

Christianity changed this outlook by saying that no one is blameless, and those of us who know what is true have no right to dole out death to those who don’t because we were once those people. Only God can decide who lives and who dies when it comes to how they treat Him.

It is true that, in our book, people who do not accept Christ will die, and deserve it. But we also believe we all deserve it to, the only difference being, we took God’s offer of a different way. Even that is enough to get under people’s skin, but it is not the same as saying we ourselves can judge who should live and who shouldn’t. All corruptions of Christianity from this viewpoint are  unbiblical, in my opinion.

That said, just because we ourselves do not enact judgment does not mean, as is commonly taught, that it does not happen. It is obvious just in nature that if you treat things the wrong way, you will pay for it. The dog bites, the cat scratches, the bee stings, the rose has thorns. But there is a balance. Life has that same balance, and if you deliberately do what’s wrong, it will come back to bite you. Simple. Right? But it’s not is it? We human beings do our best to avoid these calamities. We declaw the cat, we muzzle the dog, we breed the thorns right out of the rose, the bee sting we only take precautions against because you can’t remove it without killing the bee, but if there was a way to control that, people probably would.

And we tell each other that stupidity and sin don’t need to have consequences.

Here’s the thing though, living things have sharp points so that they can protect themselves and be treated with respect. Life is no different. There are sharp points we fall on when we do it wrong, because otherwise, we don’t learn respect for anything.

God has a sharp point too, it’s called The Word, it’s a sword.

I may be taking a long time to make this very simple point (ha ha ha) but it’s something we need to hear. The things people say, and do, and think is okay, it’s scary. We are becoming incapable of even understanding why it should be any different. People who never see light will never know what darkness is. That’s the truth. And when we don’t teach kids what is right to do and say, they will not know what is so wrong with what they see now.

Personal example: had I not been exposed to Christianity that was deep and real, thanks to my parents, I would never have recognized that what I had was in many ways only on the surface.

Real things always, always, will hurt you at some point, because you have to learn by experience; but when it comes down to it, they are real. And that is worth it. Just read “The Velveteen Rabbit.” (A book I can’t go through without crying.) 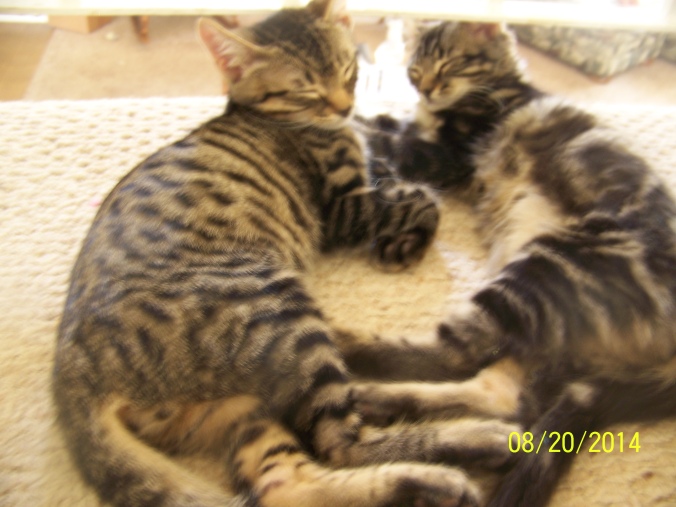