Well it’s been too long.

I got busy with finals and then I hit writer’s block.

To be honest, I just didn’t feel like blogging about my thoughts and life because it’s been kind of rough lately.

Now I’ve started my new classes and things are a little better.

I was thinking about something today.

How the bible measures being Christlike.

So, way back when my dad started making us all go to his church, which I hated, as part of his insistence on control of the household, he would always praise the pastor of said church because he had over 20 attempts on his life, and he’d been delivered from them all by the Lord.

This pastor had some amazing stories. It was impressive.

As a young teen, I supposed that this pastor must be a very godly man if he had continued on through all that and been protected miraculously.

And I am not one to judge how close someone really is to God. All I can say is that God sounds very different from a traditional African perspective (as that’s what the church was.) They are all about God’s judgment and hatred of sin, and his power and majesty in our lives.

I do appreciate a focus on the sovereignty of God, but I kept noticing, year after year, a  discrepancy between what they talked about, and what went on at the church.

The people were generous, and seemingly well off based on their clothes and cars, but there was always talk from the pastors about God showing them that gossip and dishonor was going on among the congregation. I never heard any of it, but I did witness a lot of inconsiderateness from the Sunday School, which I helped with. And I got in trouble for being disrespectful to the teachers. (Though I was mostly just exchanging looks with my sister that the teacher didn’t like, and they claimed I encouraged the kids to misbehave. Instead of it being their disorganized teaching style.)

The pastors claimed to hear the voice of God, and there were healings and spiritual manifestations on a regular basis, seemed like a great church in that way.

Yet I never felt at home, or really comfortable around the people. As a younger person I was expected to sit quietly and do whatever I was told. I didn’t appreciate being bossed around at the age of 15-17 by people who were not my parents, or teachers, and who I did not really know.

Finally it came to a head after I and my sisters had left the church officially, and the whole abusive situation with our dad has blown up into something too big to ignore. We went to his pastor, who we were angry at for telling him to come home when he has been going to leave it for a few days. Much needed solitude, we thought. Let him feel some consequences for his actions.

For some context, this had happened years before in one of m dad’s childish tantrums and in his desire to punish my mom, he had been going to move out of the house for a brief periods of time. He also told us girls that he was tired of getting no respect in our house. Our pastor came to the house to talk him out of it, and my mom into thinking she was partially at fault.

I remember she told me that my dad was upset that she didn’t try to stop him, but she hadn’t because she didn’t know “what else to give.” She had done he’d asked.

But of course, with both of them saying she was partly at fault, she went long with it.

Now,several years later, when we’d thought we were past this, Dad pulled it again, because it worked so beautifully last time.

Now that I have delved more into this, I realize my pastor should have seen a red flag in the fact that this same thing was happening, and my dad had no sense of irony about it.

Instead he did the same thing as before.

So, us girls took initiative and had a meeting with him. During which my sister said he’s handled it the wrong way, and we said he should not have given such advice without more information.

The pastor got angry when we said that. He felt he should be blameless in the matter and it was very serious for us to say he was in the wrong.

What got more alarming was we also told him about the physical abuse  and he said Dad had told him about it and repented… he told us with a smile on his face.

I told him that dad had threatened me with violence since that time, (implying I doubted he had really seen the error of his ways), and he seemed unbothered by it. He asked what we wanted him to do to help.

It became clear, after a certain point, that he was not really getting it, and that he wasn’t going to. We settled for telling him not to counsel Dad to come home again if the situation repeated itself, but beyond that, we saw that we couldn’t rely on Pastor for back up.

I really hope reading this story you were shaking your head in disbelief and not thinking that this sounded about normal from your experience.

But it was normal in my experience. My dad picked friends and a church that encouraged all his ideas of himself. The emotional manipulation he used on us was doubled down on by family friends, fellow believers, and we ourselves in our blindness to it.

I had one lady from the same church come up to me with no prelude, and start telling me to stop pulling the princess act with my father, and to respect him more, while he stood there smiling and nodding in a satisfied way. I stared at her in disbelief.

No one ever asked me my side of it. They assumed there wasn’t one. I don’t know why adults assume kids who are difficult to their parents are always just brats, I was not a rebellious kid in other ways. I was well behaved, polite, and there was no uncontrolled behavior.

Everyone judged me based on how I treated my dad, coldly. My dad had made it impossible for me to show him affection. If I ever tried, he turned it into a guilt trip. He was so unpleasant to me, I didn’t often feel like it, it was all I could do to hold back my biting words at his cruelty.

My dad, even now, has tried to manipulate me again about the situation. But now, I have words for it. I tell people what was really going on. Not in great detail, but I tell them. It wasn’t my fault.

I now know kids at my current church who are kind of like me with their parents. In the past, I judged kids like that as having bad attitudes, because that’s what I was told, but now, I am starting to think twice about making assumptions.

Kids often know whether they are really, truly loved or not. The people who buy books trying to figure out how to love their kids or spouses either already do, or are doing it because they see they have an all around problem with relationships and want to figure out what it is.

I couldn’t get my dad to read a book like that, because he didn’t really love me.

I begin to think we just don’t give children enough credit. I saw the problems between my parents a decade before they did. I still see it more clearly.

What the point of this was is that my pastor would have done well to be more humble. He was so concerned with being spiritual, he was not even really hearing us. In their culture, it seemed that situations like what happened to use were just assumed to be normal, and if the man just apologized we could move on.

Broken trust was not really understood.

But Jesus said, whoever wants to lead and be great among you must first be a servant. While 1 Corinthians 13 says that even if we can do miracles, and understand all mysteries and all knowledge, and can prophecy, if we have not love, we are nothing, we gain nothing, and nothing comes of it. 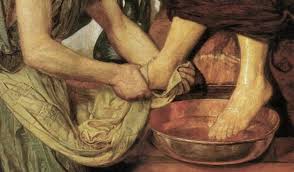 It’s so crucial, yet it is so easy to forget. Love is what God measures our works by, not how many times we survive an attempt on our life, or how much we know about each other.

If we cannot have compassion on people who are suffering, and humility enough to know when we are wrong and need to change our opinion, than what good is our advice? Our knowledge.

I know people who can give you a textbook diagnosis of your problem but can’t hear  you out patiently to save their lives. Maybe you know someone like that too. Or maybe you are the person.

Hey, I’m argumentative, I know the acceptation to just talk about your perspective, but I am at least becoming aware of when i tend to do that, and how I can stop myself. So, I’m not judging, I’m just warning.

I also know now that people can think they are hearing God, and only be hearing what they expect to hear.

I am no expert on the voice of God, and that’s a topic for another time,  for now suffice it to say that it’s dangerous to assume someone knows what God wants, if they are not full of his kindness or care for other people.

You know a tree by its fruit. Jesus said that too.

With that, I will conclude this post. Until next time, stay honest–Natasha.