Okay, okay, I won’t write about the Virus anymore. I hope.

I haven’t looked (because I don’t care) but I bet that’s the main subject of a ton of the blogs on this domain right now.

I like that a lot of the YouTubers I follow are choosing to still try to make their videos and keep it regular. Trying to brighten people’s day a little. I will say my blog traffic is increasing.

I’d rather not get traffic because of an epidemic, but maybe people will find it uplifting.

I have another story for you today.

My church is continuing with their efforts at helping. My pastor keeps saying he wants it to be like the book of Acts, getting out there and ministering to people on the street, at their homes, the old fashioned way. Thinking of creative ways to have service and stay connected.

So, today we went to the mobile home park behind our church to take people emergency food and give them a flier to call us if they needed anything else. Also writing down their needs and offering to pray for them. They were seniors, the high risk people, so we wore gloves, and someone had graciously donated masks. 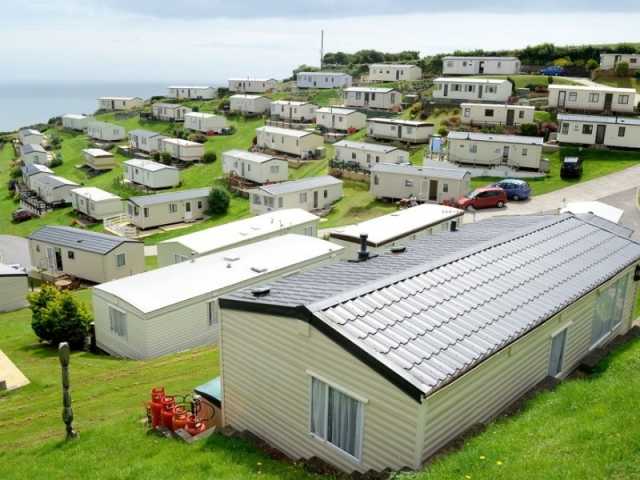 I cant help but feel being part of a big church at a time like this has its perks. My church has a network of people who communicate to supply things. I kind of took that for granted before, but we’re probably still functioning because of that. Many churches are just shut down entirely.

I wonder how other religious institutions are doing. I wouldn’t have any way to know except Googling it.

Some people were scared to come outside and take stuff from us. Others came right out and smiled. Some told us they didn’t need it, they had enough. Others that they did need it and other stuff. Some said they’d just been praying and doing devotionals themselves this morning. There were a lot of Christians… I mean, I guess if you live behind a church, might as well be christian. (I don’t think that has anything to do with it really, but it must make it more encouraging to drive by that every day when you leave the unit.)

We still had boxes left over because so may people said they didn’t need it and to just go on and give it to someone who did. Some were crying because they were so touched that we thought of them to do this.

It did not seem remarkable to me at the time, but I guess these are the cute stories newspapers like to cover and people like to share on social media. (Hey, go ahead if you want. I don’t mind. You don’t have to though.) I don’t really feel like my life is that unusual, but I do get to be part of things that people think sound really special.

(I wonder how the homeless people in Skid Row are doing, my previous Church takes food there every so often, I’m sure they must be at risk, hopefully the church will find a way to still help them. It’s a bit far for my current church to travel.)

People have suggested that Christians only do stuff like this to feel good about themselves for helping the less fortune, the looked down in society. At a time like this, people’s pride goes into their pocket. I bet people who wouldn’t normally accept help from strangers would take a medical mask from one now, if they could be sure it wasn’t used.

Some people may do charity and volunteer acts in order to feel righteous. I doubt it matters that much to the most desperate people, as long as their needs are getting met, why should they care? It makes a difference to your own soul, and to your coworkers, what your attitude is, but the nice thing about Charity, is if it’s a good charity, it won’t make much difference to the people receiving it. (Not that that applies to everything, prayer without true compassion is both useless and discouraging to the one who receives it.)

Honestly, I think it scares people more that they might be received well. Because then they might have to do it again, and get involved. We humans are afraid of commitment to new things, especially ones we don’t get paid for. Its like money justifies the risk in our minds, but success and changing someone’s life don’t. 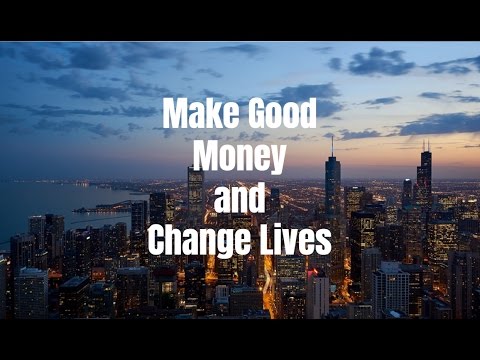 Or is it really… 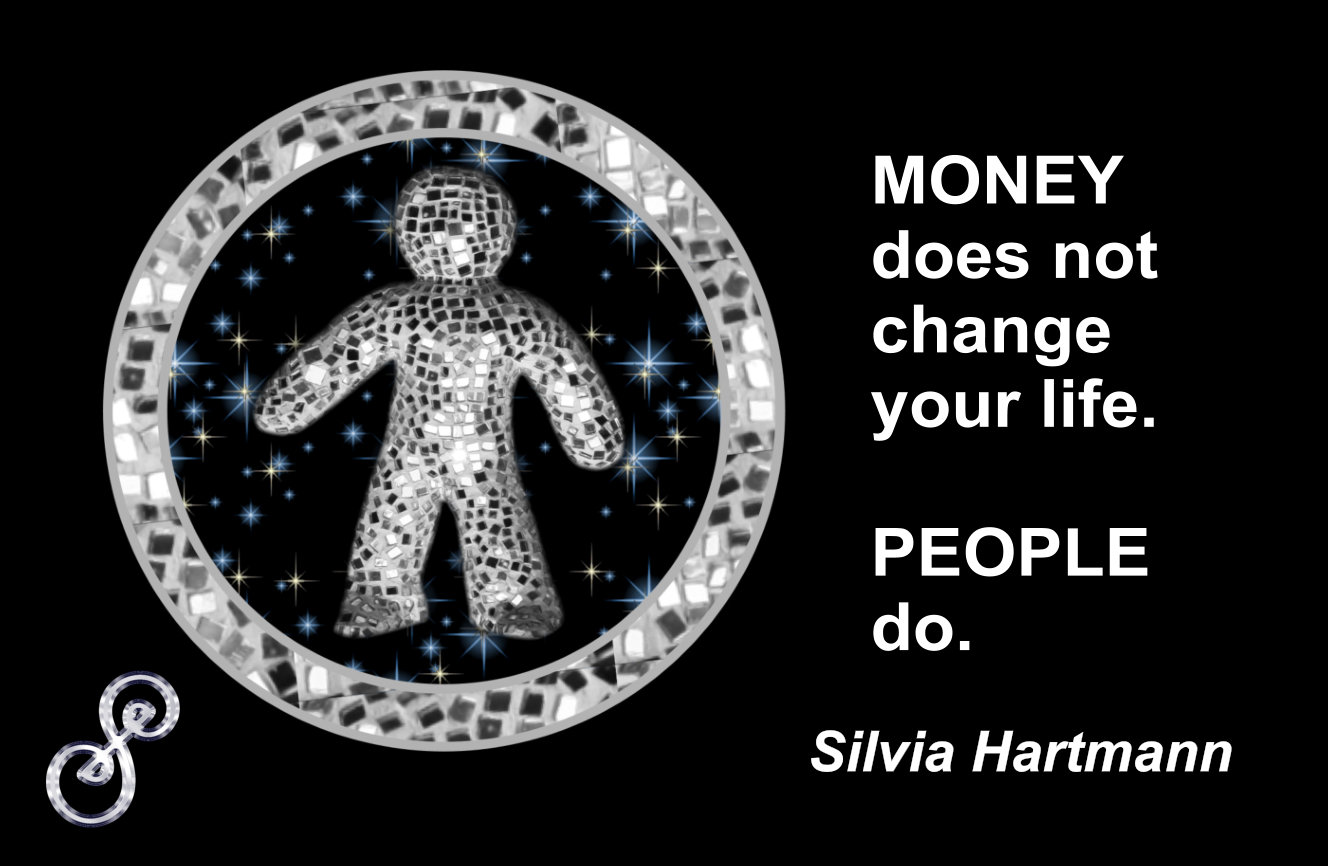 Some people think that is because we are selfish, and while we are, many people are willing to be unselfish if it’s within their comfort zone of talents and time. We are more likely to hold back out of fear than straight up selfishness. Fear is selfishness more cleverly disguised.

I am not sure why we are so afraid to do good. For me, it’s the fear that I am not good myself, that I will be shown to be a fake, and will not be able to really help. It took me a long time to become self aware of that, and even longer to really start to overcome it. Now it haunts me, even though it does not necessarily stop me from acting. My sister says “I think it’s called the Flesh.”

Call it that, or the Inner Bully, or Internal Critic, whatever name you have for it. It works the same way.

Human beings feel we have some kind of price to pay in life, that we cannot be Good, or Brave, or Noble, or Heroic. We have lost that right somewhere, and living a small, cowardly life is our just desert for it.

Original Sin can explain that pretty cleanly, though it’s not a popular explanation anymore.

Maybe we no longer have the right to be Great, but the world still has a need for us to be so. It amazes me when I hear the little known stories that get passed around in books, and blogs, and articles, that not a lot pf people read, but they’re so inspiring. The best deeds may be the ones hardly anyone knows about.

What did it mean to someone? That someone cared even enough to knock on their door and give them food? Who knows? Only God.

The Bible says at the end of time, we’ll all give an account for our lives, and our works will be tested with fire. For Christians, the fire will not destroy us, even if our works burn up, because works are not why we are saved. Others will be judged according to their deeds, as well as their lack of faith. Jesus said “He who does not believe is condemned already.”

We are told we’ll be judged for something as personal as “every idle word we speak.” God looks at the heart after all.

The point is, our works may be the most important where we thought they were the least.

There is nothing wrong with famous good deeds. We need to be inspired. Sometimes whole nations need to be changed, people need to be liberated.

But the thing about small deeds, it’s hard for history to pick them apart, and try to read ulterior motives into it. Someone might assign dark motives to helping someone carry their groceries, but it’s far less likely anyone would bother to try.

Social Media has made even little deeds bigger, but the ones we still do with out cameras off and and between our vlogs, are the ones that people will remember the most, the people we did them for anyway. I can’t be the only one who immediately feels I’ve sunk in important whenever I see someone filming.

This has been longer than I expected…well, in conclusion, I am still encouraging people to think about what they can be doing to help, even if it’s just calling someone, or mailing them food or supplies. Or checking in on elderly neighbors, form a healthy distance of course.

This should be our all the time, but still, times like these are when people really appreciate someone being brave enough to reach out. I tip my metaphorical hat to all of you who are already doing that.

“Whoever shuts his ears to the cry of the poor will also cry himself and not be heard.” (Proverbs 21:13)

Until next time, stay honest and healthy–Natasha.