Welp, had my first therapy session today, I think it went well.

Not much to report on that. Just setting up stuff.

I hear quarantine might loosen up soon for some people, yay!👍⌛⏰⏳

My mom has been following this doctor who thinks there’s a link between COVID and a vitamin D deficiency.  As evidence, countries with more sunshine and more people outdoors, like Australia, do not seem to be hit as hard.👌

California, despite being a major airport stop, has seen less of a spread.

Also, African people absorb vitamin D less quickly than Europeans, and they have been hit more with the virus, supposedly.

It’s not proven, but I’ve been seeing people walk around my neighborhood everyday because they’re going stir crazy. My sisters and I have done the same thing, so has my mom.

There’s something to the theory, I think. Any disease is usually rooted in some kind of deficiency, only a few are just caused by toxins in something, like Cholera.

So, hey, here’s a tip, take Vitamin D supplements and get outside if you can. They say 20 minutes a day is sufficient.

I wonder too, they think COVID came from bats, creatures that live out of the sun, which is where Vitamin D primarily comes from.

We think these things are coincidence. But some people eat bats. What you eat becomes part of your biology for a certain length of time. WE get vitamins from plants, but also animals. Iron and Omega 3’s are easier to get in meat, actually. So, you do get a small portion of Vitamin D, or at lest the healthy benefits of it, when you eat animals and plants that absorb it.

It’s one reason animals that live off plants are healthier for us to eat, and animals that eat rotting stuff are dangerous to eat.

The Bible gives a whole list of things not to eat, that I’m sure seemed arbitrary to the Israelites at the time. No pigs. What’s wrong with pigs?

Well, back in the day, pig meat had a parasite, I believe, that was harmful for human beings. There’s a way to cure it, but there wasn’t at the time, especially for people wandering in the wilderness.

Carrion birds, also a  no-no, for obvious reasons. Some animals have digestive systems that destroy the harmful stuff in rotting meat, but humans are not one of them.

The Bible, fun fact, also says not to eat bats.

It’s in the Jonah Veggietales movie, if you’ve ever watched that show.

Along with flies, beetles, gnats, etc. Flies are full of germs, they eat waste. Beetles can also eat dung and dead stuff. Gnats…I can’t explain that one, maybe they carry stuff like mosquitoes?

None of this was known at the time, you’d almost think God knew what was in the animals and bugs when he gave these orders.

Cows are allowed. Cows eat, if they’re fed right, mainly grass, which is very clean. Their excrement actually isn’t as full of germs as ours is, because of how clean their food is. Fun, I know.

You may also not know ( not many people even in church do) that quarantine is an idea from the Bible, as far as I know, it’s the oldest record of the practice, if I’m wrong I guess I’ll fine out later.

It was for people, but also for clothing, and houses that got infected. Before we knew that clothing and house s can carry germs. Even fever germs can linger for ages at the same location. People burn items that were around a person while they were sick.

The quarantine in the Bible went by weeks, I forget if it was 1, 2, or 3 weeks. But about the time it can take for germs to die out, or for a disease to become obvious.

Washing as a cleaning practice is also in the Bible. Washing after touching anything dead, and being unclean for hours or even days after exposure to something harmful.

We don’t know what the Israelites thought these rules were for. Every theistic religion has forbidden animals, and certain rituals.

But not every one has had those practices verified by modern medicine. There’s been reasons found for all of these things.

People have long treated gods like they were fickle. Why they demanded certain things, why certain animals were sacred, there are myths behind it, but never any practical logic.

Why is the Cow sacred in India? No clue. I’m sure there’s a religious reason, but if it has any practical applications, I don’t know.

Not there needs to be practical reasons for all rites, but it’s interesting how the Bible touches all the areas of life with its commands.

God did not tell the Israelites what germs were. I doubt they would have understood. They were often simple. Every nation had gods, they had to obey. The Israelites often abused God’s forgiving nature by disobeying Him because He would be kinder than other gods. Some of the prophets developed a sense of humor about it, realizing that they cannot help but fall back on God, though they know they are sinners and He is right to punish them, they also know He will forgive because that is who HE is, and there is no changing hat, no matter how much we act ungrateful for it.

Does that mean we can do whatever we want? Of course not. But our sin will never make God unkind, we change, He does not.

That’s good to remember right now. I’m sure some people think this sickness is God’s judgment. I don’t know.

It could be, for some people, it comes as a judgment. The acts of God tend to mean different things for different people, depending on whether they are right with him or not.

A though to ponder is, if someone knows they are not right with God, they will see any bad event in their life or the world as a judgment, even ones they cause themselves. I’ve known people like that.

Someone who feels they are right with God accepts suffering as something we just have to endure because we live in a fallen world.

I, so far, am finding it a time of surprising blessings by way of getting better acquainted with my friends.

Hope that it has some pros for you too, even if you’ve been hit with the really hard part.

Until next time, stay healthy-Natasha. 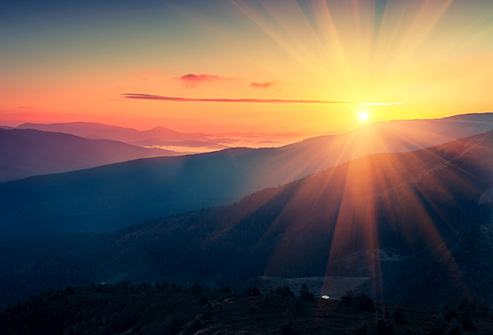