All of us with internet access are binging a lot right now, aren’t we?

So, I up and watched a show that I knew my family was going to judge me for watching, and some of you might too.

No, it’s not Tiger King, or whatever.

It’s a show that just came out in the last few years: Married at First Sight.

If you don’t live anywhere you’d have seen commercials for this, then let me sum up the pitch for you: Arranged Marriage by scientists instead of parents.

Willingly consented to by the adults.

Not so far fetched, the research behind the success of arranged marriage is that there’s only about a 4% divorce rate, as opposed to the less than 50% but still sizable amount of marriage as we see it. (Though, I have a lot of international readers, so some of you might be from a country where arranged marriage is still normal. I don’t judge, I think it’s fine… I wouldn’t do it, but if the person is okay with the practice, I don’t see a reason to hate on it. Marriage is marriage.)

Before I get into the show, I guess I should make my stance on the experiment clear:

While I do believe arranged marriage is perfectly fine (it’s biblical, as is freely chosen marriage.) I do not believe in total strangers with degrees in whatever choosing someone for you to spend your life with. I wouldn’t trust them to know me well enough to pick someone for me. However, I believe Marriage is sacred, so if you’re in, you’re in. Don’t flip around with it.

(Why I plan on being very careful who I marry.)

However, since the 3 couples were daring enough to try it, I thought, why not see how it worked out?

Spoiler alert if you care: 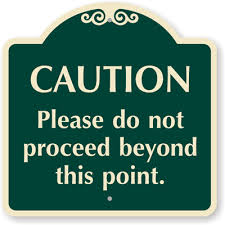 So, two of the three couples in season 1 stay together. Jason & Courtney, and Jamie & Doug.

I have to wonder, it almost seemed planned. The couples were all so different, they demonstrated different things. I did like how real they seemed to be, despite the cameras, which they later admitted put a lot of pressure on them. Also, apparently people on Social Media put on the heat to tell them to get along.

Reason No#1 I don’t want a public romance story, ugh, can you imagine? (I mean, if you can, then #respect.)

Anyway, my sister joined me on episode 2 and we ended up watching the rest of the season together, and we kind of agreed.

Now I called that Jamie and Doug would stay together from the beginning, I even said they should be paired up during that stage of the show, and no, I did not know they had their own spin off show about parenting (but I kind of want to watch it now) I just thought they were saying the same things, and Doug seemed like a solid guy, Jamie was more honest about herself, I thought.

Turns out the experts agreed, after a lot of testing and discussion. Whether its a credit to my instincts, or a detriment to the scientific method that it took me ten minutes of screen time to come to the same conclusion is anyone’s guess.

I thought Jamie and Doug demonstrated the values and outlook to last, and I was also more hopeful about Jason and Cortney.

But even before the marriage part of the show started, Vaughn and Monet rubbed me the wrong way. Vaughn especially.

I think the show was edited to highlight it so that the audience could figure it out, but even so, it didn’t stop social media for giving the couples some flack.

Imagine having a crowd of people rooting for your marriage to work out. I guess if we believe the Bible when it says we have a great cloud of witnesses, then all of us are living that.

My sister suggested I devote one post to each couple so I can say all I want to say, but I have more to say about two of them, so I think I’ll talk about Jason and Cortney here.

They had instant chemistry. I think because both of them were younger, hotter, and had less failed relationships or bad experiences under their belts. Courtney had a good family, Baptist background, though she was not particularly religious. All this made her a good candidate for the experiment, the experts thought.

But credit where credit is due, I had to respect Courtney for her attitude. She was determined to treat this like a real marriage, to be a person Jason could trust, to be like a good friend would be as well as a wife. To help him move past his insecurities.

She also could be more grounded than one might expect from her more peppy way of talking.

Jason was a stellar guy who is used to putting others first, a good marriage quality, but had difficulty trusting. (I’m not saying anything he didn’t admit himself on camera, and I think it’s best if I can stick to that as much as possible and avoid speculation).

Jason knew how to be a good giver, but not a good receiver, and Courtney wanted to see him grow. She herself was more ready for the wifely role, and her weaknesses were not really brought out by the challenge. I think she had more of handle on herself than the other candidates.

While they were a good match by logic, and the compatibility tests, that is not what made it work out.

Jason fought his insecurities the whole way, almost tempted to duck out because he didn’t know if he could count on Courtney to be there, he was going to be really busy, and his mom’s health was failing, would a total stranger be able to handle that.

But actually, I think that was why it worked out. Courtney accepted that she couldn’t know everything about Jason beforehand, that her family did not support her decision, and that life isn’t always easy. She wanted to walk with someone through it, they said it felt like “us against the world.”

But they chose to let that bond them, instead of blaming each other for what was beyond their control.

The thing is, it would have been easy to blame each other, just like Adam and Eve did in the garden, just like you’ve heard many couples do, and like I heard growing up.

Is it your spouse’s fault that A, B, and C happened? No, but it’s easy to project that blame on them. “Why did you do this?” “Why didn’t you do that?” On and on.

It’s not Jason’s fault his mom has cancer, or that being a fireman takes so much training, he did his best to work around that for Courtney. She could have decided he wasn’t ready to be married. He must have felt that way from what he said.

Courtney was busy too, and her family thought she was nuts. Jason could have decided she just wasn’t stable enough in her life for marriage.

But they didn’t blame each other. Cortney accepted the time conflicts and resolved to work around them.

Jason put in effort to leave Cortney notes and gifts when he couldn’t be home, to show he was invested.

And mind you, neither of them were in love at this point. It’s easy when you’re in love, you’re obsessed with the person, you think of them all the time, so gestures are easy to make.

When you aren’t in love, you went in not expecting the butterfly feelings, and if you decided to give it your all despite that, you’re far less likely to pull out if you don’t feel that magic right away.

That was the point of the experiment, and these two got it.

They ended up falling in love after all, it was really cute. They were not in love like we see some young couples, the only talk about each other and get all dreamy kind, it was more solid, like marriage tends to be. They tried each other, and they made the grade.

I had to appreciate that, and I’m happy for them. I also hope the media leaves them alone from now on, though there’ll probably be some 5 year or 10 year check up that’s nobody’s business, but ratings.